A GAME of two halves ended 2-2 at Mosset Park on Saturday as Buckie Thistle came from behind to take a point from Forres Mechanics.

The Cans raced into a two-goal lead before Buckie fired back to draw two each on a wind-stricken afternoon.

Manager Graeme Stewart was "proud" of his players, but insisted they could, and should, have won the match. 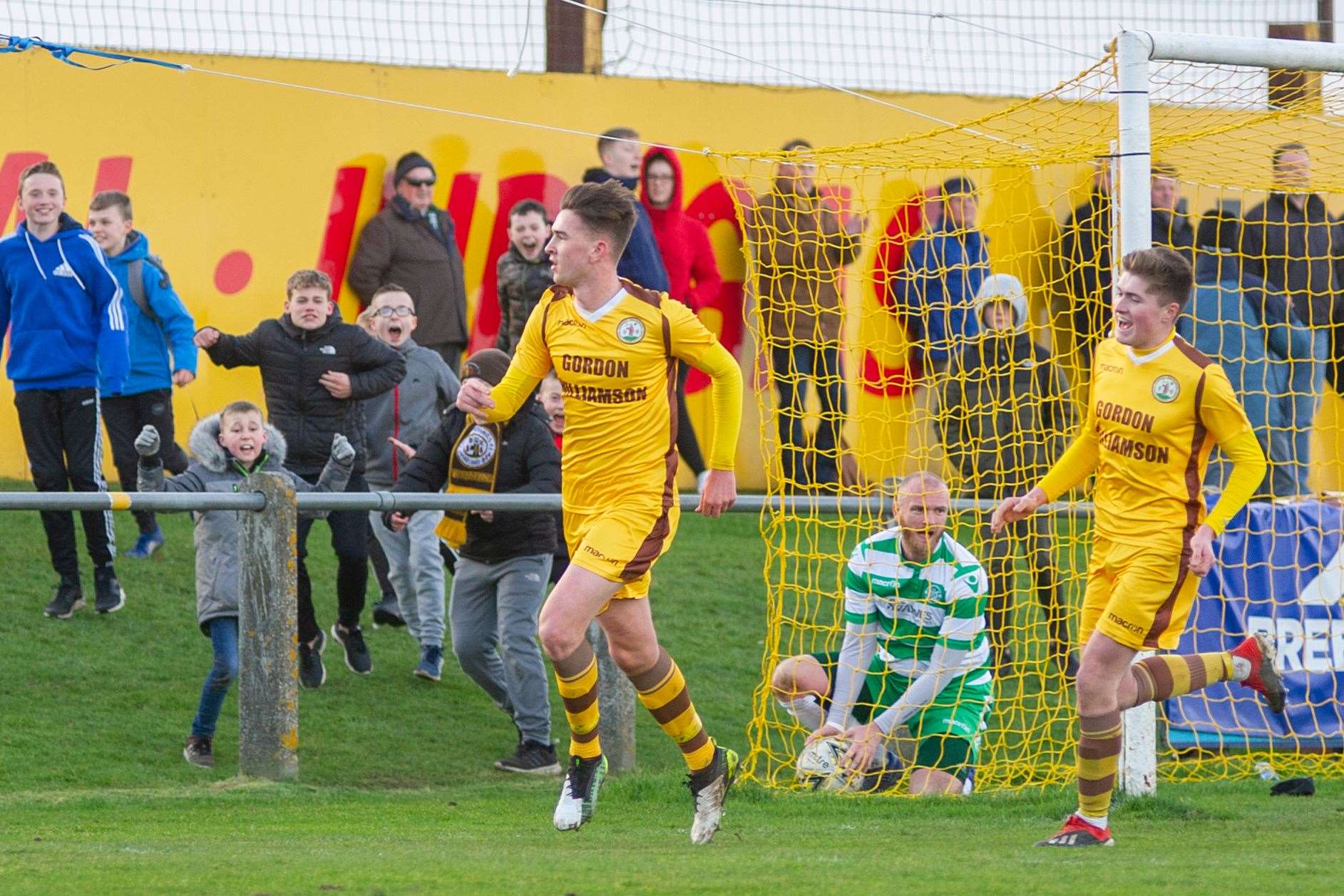 He said: “The first goal was comical. There was three basic mistakes, which was shocking from us. Then we give away another poor goal from a cross.

"But we showed great character to come back and score two goals, and second half we should go on to win it. We had five or six great chances.

"I'm proud of the players. I thought we were outstanding after playing 120 minutes on Wednesday and winning against Fraserburgh, and really we should have been winning three or four two.

"But, all in all it was a good performance."

Forres Goalkeeper Stuart Knight had to be at his best on several occasions, and denied Marcus Goodall superbly early on.

Robbie Duncanson fired Forres ahead on seven minutes after a poor clearance from Kevin Fraser allowed Owen Paterson to set him up.

And the Cans doubled their lead on the half hour mark as Ross MacPherson’s ball forward was clipped in by on-loan Ross County midfielder Declan Hughes.

Buckie were given a lifeline on 43 minutes as a penalty was awarded against MacPherson for a foul on Sam Urquhart, and the Buckie wideman dusted himself off to convert. The Jags equalised in first half stoppage time when Scott Adams twisted, turned and fired past Stuart Knight after a swift breakaway.

Buckie, shooting into the wind, dominated the second half.

Forres Man of the match Ruari Fraser hooked off the line with 20 minutes left, before Stuart Knight pulled off a good double save to deny Andy MacAskill and Kyle MacLeod.

The Cans were then reduced to nine men in a crazy two-minute spell. Calum Howarth was sent off for a second booking on 78 minutes, and Stuart Soane followed after an altercation with Buckie defender Lewis MacKinnon. Forres staff members Craig Ewen and Charlie Brown were booked in the last ten minutes as Mechanics held on for a point.

He added: "You shouldn't dive in the box, so (the penalty) is pretty clear and blatant.

"I didn't see it (the Soane incident) but Howarth is two definite bookings. Two very dodgy tackles, which were lucky to just be bookings. That was a sending off, but I don't know about Soane.

"Lewis MacKinnon says he put his head into him so you can't be doing that."