The long-held dream of Canadian ‘Street Rod’ creator the late Bob Lailey has finally come true in an exhibition at the Grampian Transport Museum.

Bob, who lived in Didsbury, Alberta, had a Chevy street rod and used to attend shows and events in the early 1990’s, but dreamed of creating his own unique street rod capable of winning outright.

The style of the 1941 Dodge ‘Luxury Liner’ really appealed to Bob so he based his design around it. 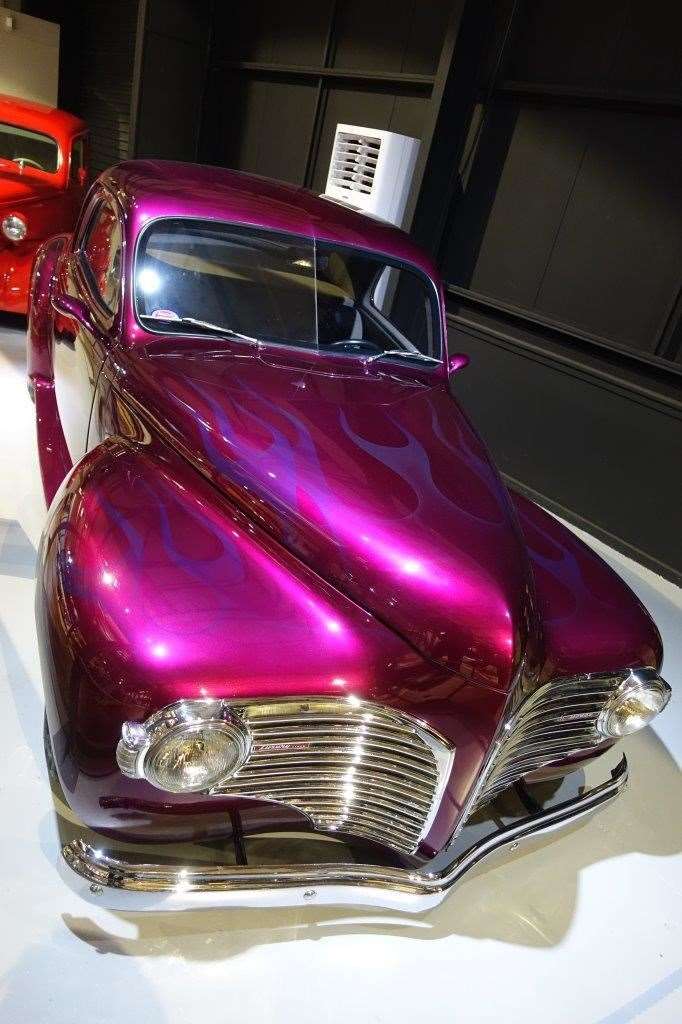 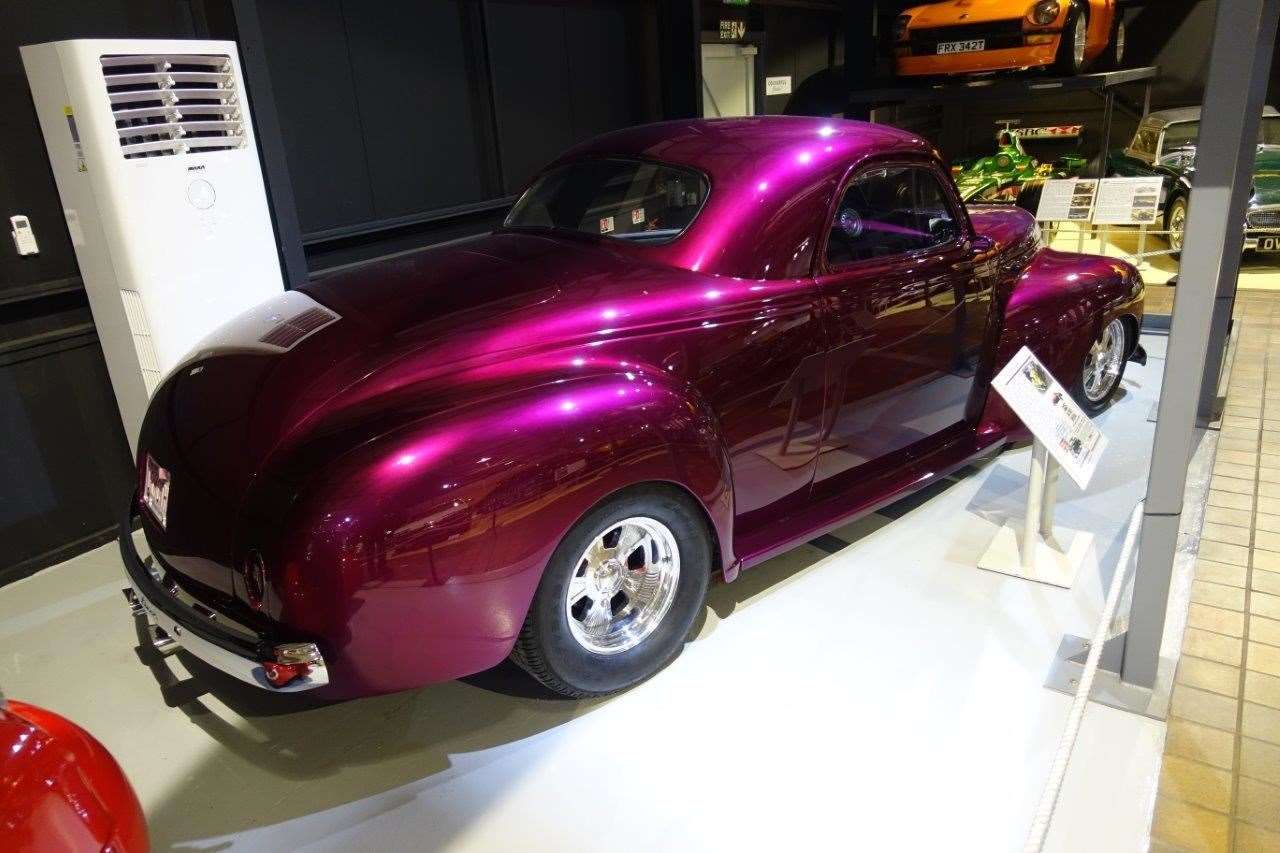 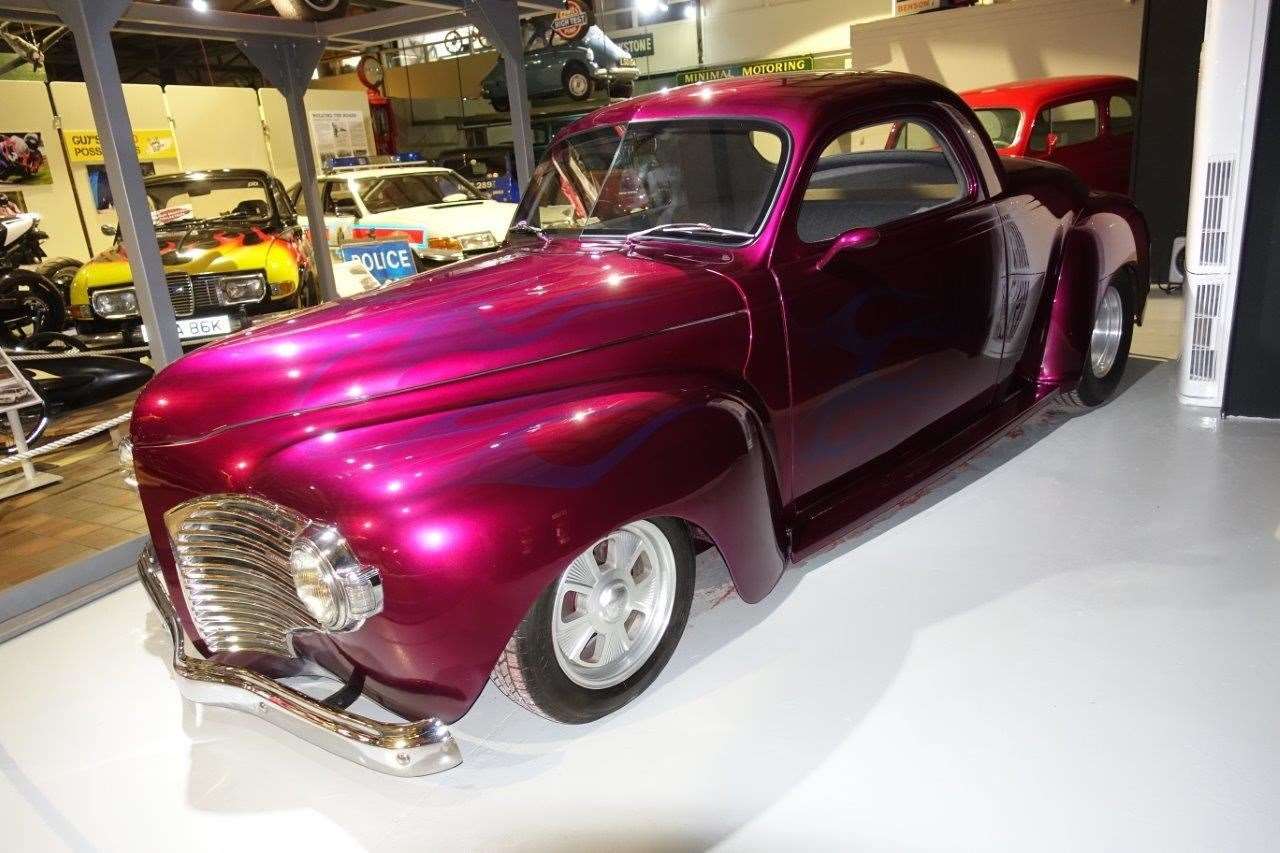 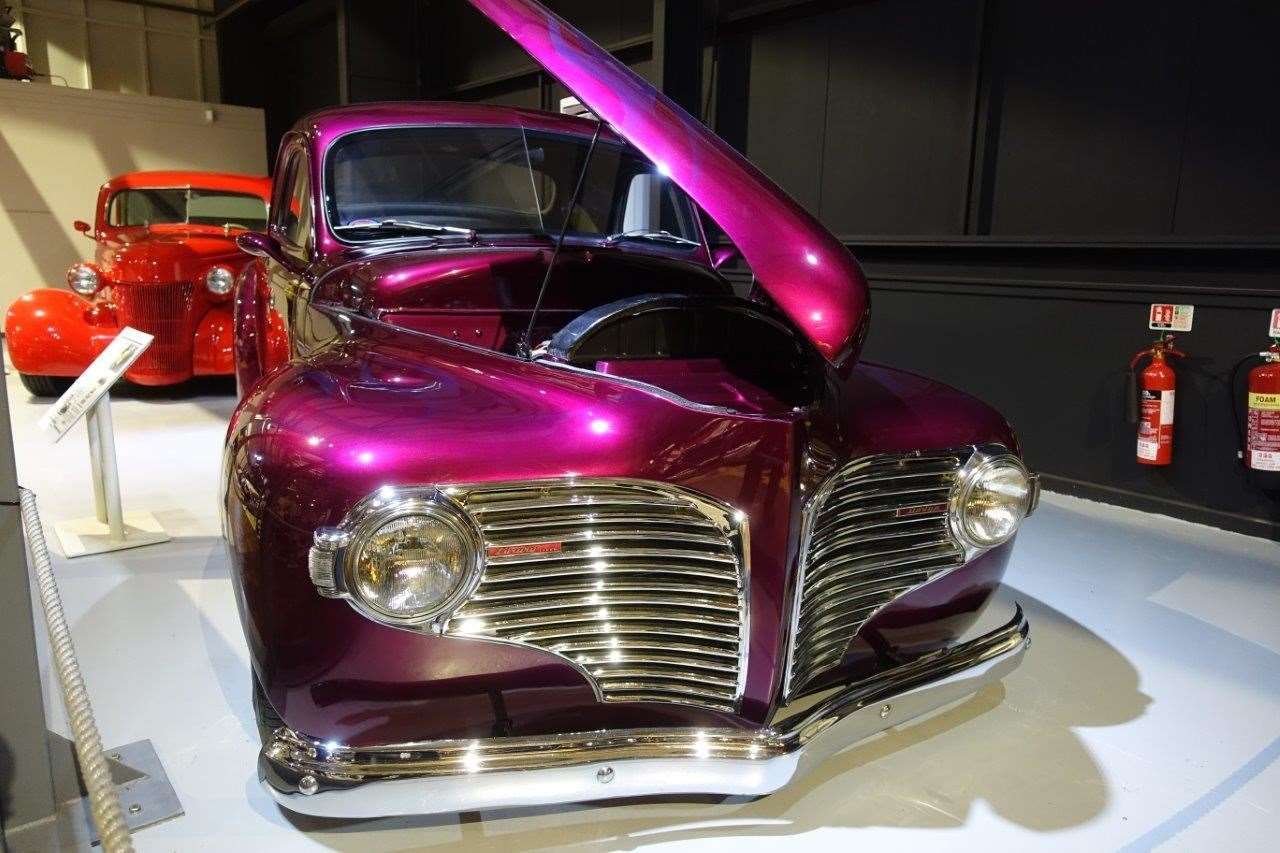 In 1996 a standard car was purchased, then Bob set about designing the conversion right down to the minute details, commissioning work with specialist mechanical, fabrication and paint shops.

By the turn of the millennium it was finished and ready to go on the road. In recognition of the achievement of such a good dream Bob named the car after the Native American cultural symbol of the ‘Dream catcher’, acquiring the unique Canadian registration plate of DRMCTCHR which it still retains today. 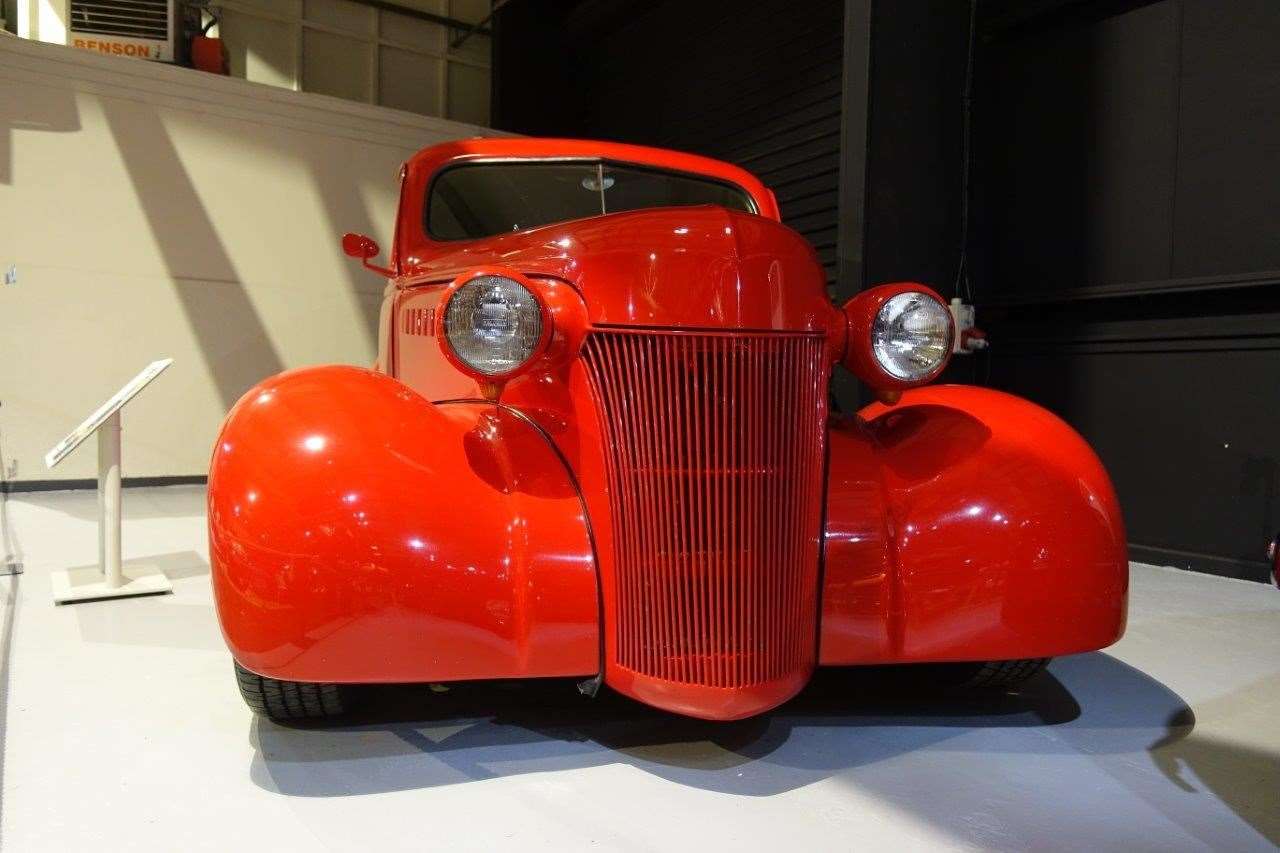 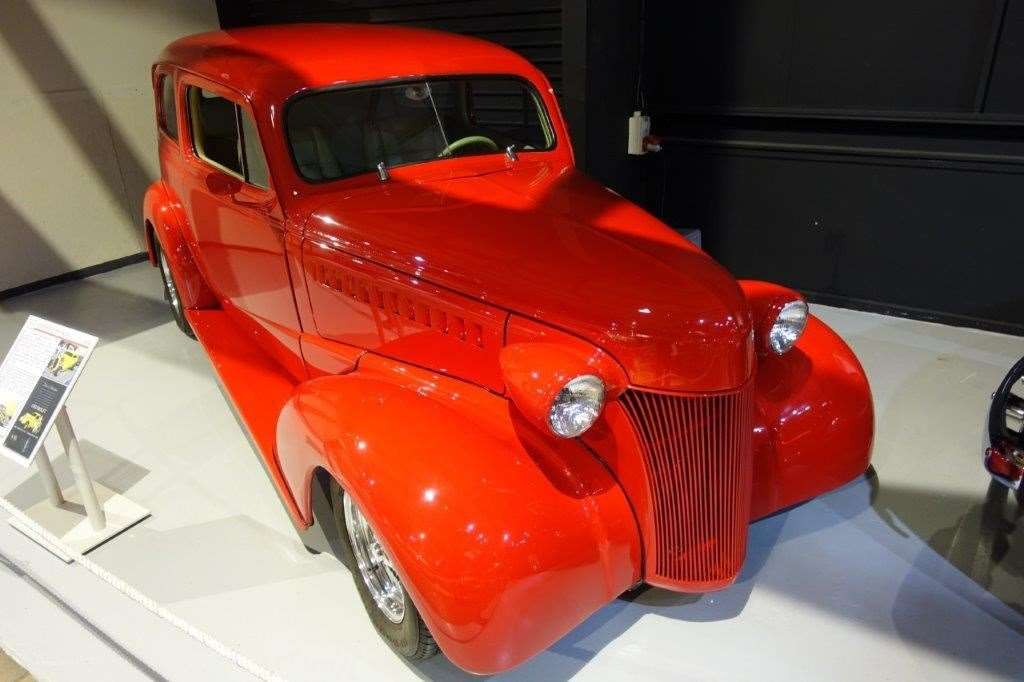 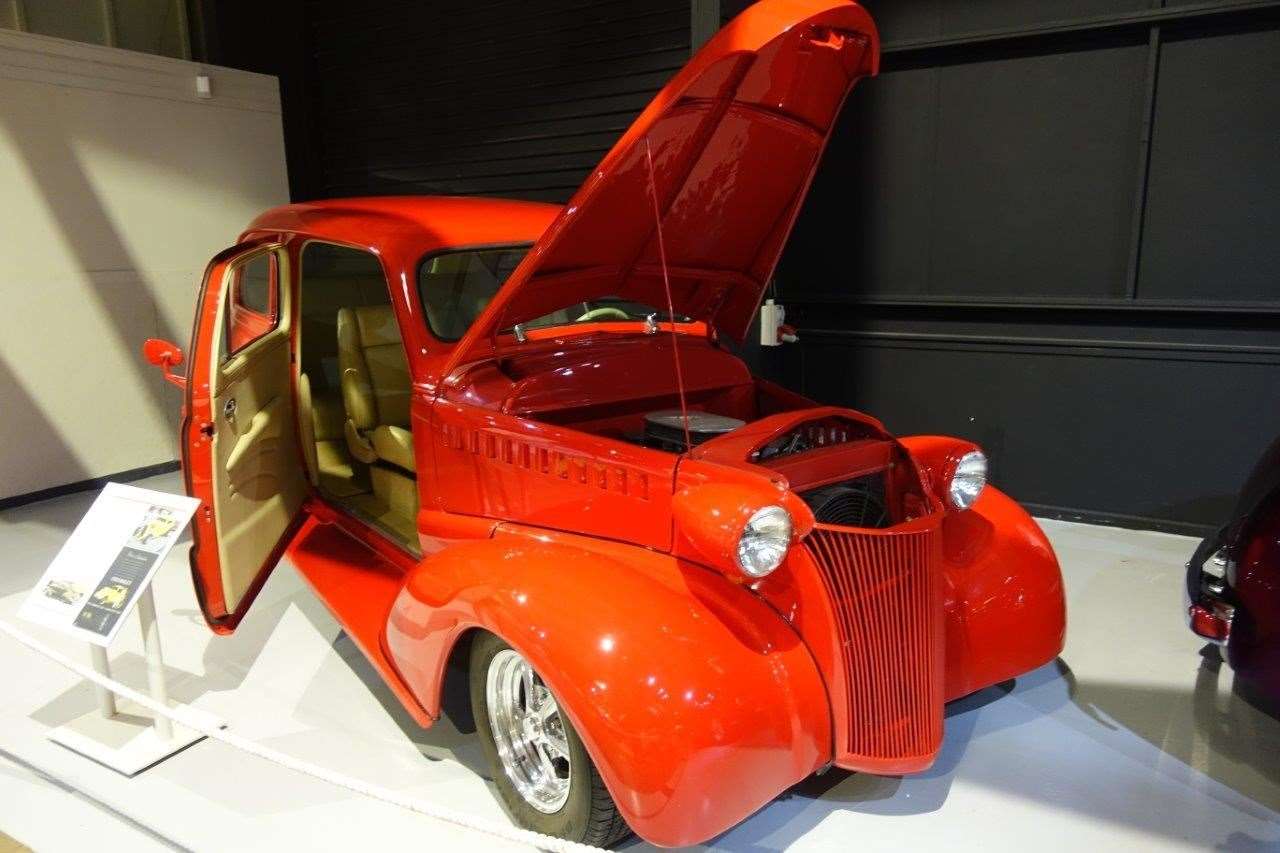 Then in 2001, to his great delight, it won the coveted ‘Street Rod Champion’ award at the high-profile Calgary Car Show.

Sandy takes up the story: “We were visiting family in Canada and saw Bob’s car, recognising immediately what a superb job he had made of it. "Together we visited the bodyshop where that wonderful paint job had been achieved and I saw the red Chevrolet that is also on display at the museum and loved it so I bought it there and then!

"The craftsmanship displayed on both of these cars is mind-blowing, very highly modified and with every nut and bolt gleaming and beautifully finished in every detail.

“When Bob flew over to visit us in 2004 he took time to tour Scotland and on returning to Dyce he told me that this was exactly where the Dreamliner needed to be.

"His dream was for it to be in a museum in Scotland.

"We agreed to ship both cars over here and I would keep them safe.

“Sadly, Bob passed away in 2020 before he saw his final dream for the Dodge Luxury Liner come true but I know that he would be very proud today, “Dreamcatcher” is the perfect name for the car.”

GTM curator Mike Ward is delighted to have such significant cars from Canada in the 2021 exhibition: “Both cars are stunning examples of their type and, being so different, they are causing quite a stir amongst our visitors already.

"We have their full technical specifications on display panels and it makes very interesting reading.

"The museum is extremely grateful to Sandy for allowing us to show these magnificent cars and I’d encourage all American car enthusiasts to enjoy them while they are here”.

Tickets must be booked in advance at www.gtm.org.uk