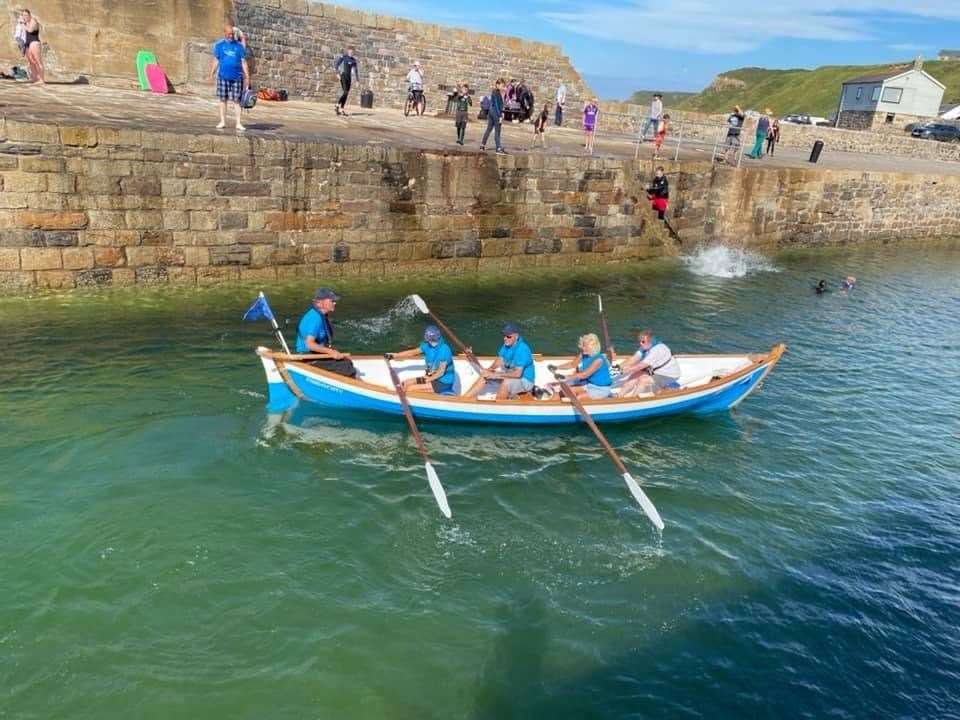 Two skiffs – Morag and Morven – from Findochty Water Sports Club (FWSC) were towed behind a yacht to Lossiemouth Harbour last Tuesday before being crewed and rowing in to receive a baton which is making its way round Scotland's coastline.

FWSC commodore Mairi Innes explained: "There are two batons currently making their way round the coast, Spirit, which is the one we passed on, and Community.

"They started in Stranraer and will eventually come together in the one place.

"It's all part of the Scottish Year of Coasts and Waters, which was meant to take place last year but was postponed due to Covid. We're delighted to be taking part in this. Coastal rowing is all about communities coming together.

"As the Covid regulations relax we're getting back into social rowing, which is great."

After receiving the baton, the Findochty skiffs were accompanied on their journey from Lossiemouth by the local skiff Loxa for a mile or so before heading off for Buckie Harbour.

The following day it was off to Cullen Harbour with stop-offs at Finochty and Portknockie. On this journey they were accompanied from Buckie by the skiff Banac, which was built by students at Banff Academy and crewed by Findochty and Portsoy rowers.

Thursday marked the final leg of FWSC club journey when they headed for Portsoy where they handed over the baton to the local rowing club.

The Findochty rowers are no strangers to marathon stints at the hours – a few years ago they rowed the Six Harbour Walk from Portsoy to Buckie.

For more information about FWSC, visit their Facebook page.