PLANS for a new trampoline park and leisure facility in Buckie has been given the green light by Moray Council planners. 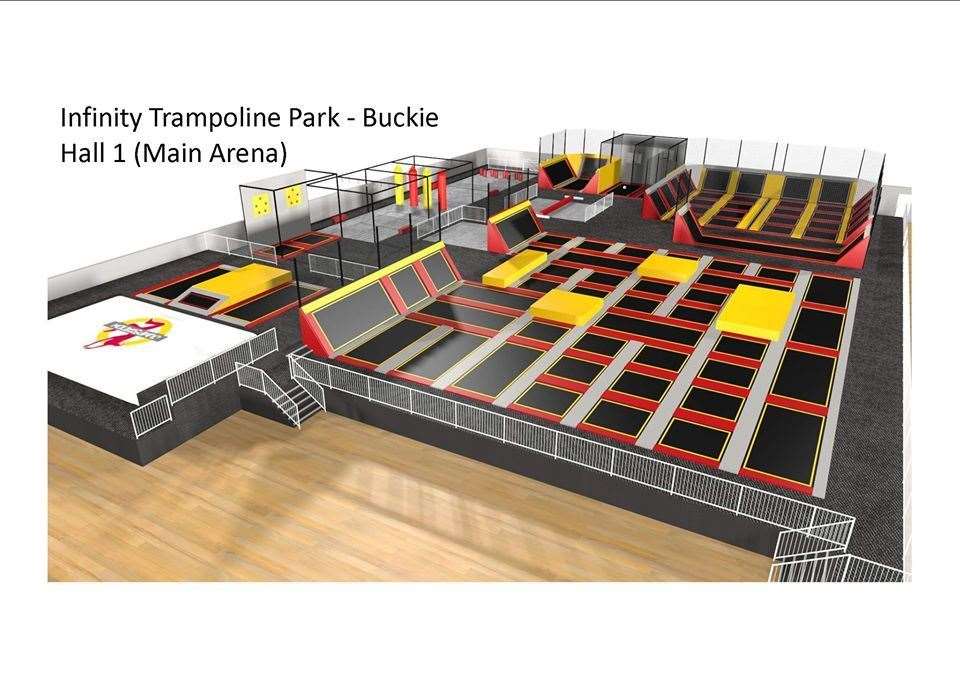 For the last four years Braidreef Ltd, represented by Buckie man Graham Cormack, have been behind a bold initiative that would see the derelict site of the former pork factory in Buckpool transformed to a purpose-built leisure facility featuring many activities not widely available elsewhere in Moray.

There was to good news in store from the planners for Mr Cormack last Tuesday.

He said: "I'm delighted to say that we have now been granted planning consent not only for the change of use of the ground from industrial to leisure but also for the construction of a new building providing an additional 1991 square metres of floor space.

"I would like to thank people for the support they have given the project, both in terms of the planning applications and in general over the last few years.

"There were around 229 submissions to the planning process in favour of the application, two neutral and one objection."

Mr Cormack’s plans to transform the Great Western Road site, which has lain unused since the pork factory shut its doors for the last time in 2005, involve both refurbishing the existing buildings at the former factory site and constructing a new extension for the main trampoline arena, soft play and cafe, which along with the performance and stunt zones, gymnastics and parkour arena within the existing buildings will provide a total of 4100 square meters (45,000 sq/feet) of floor-space, making it one of the largest facility’s of its kind in Scotland.

The planning applications prompted an overwhelmingly positive response from the public, and Mr Cormack was keen to express his thanks for the ongoing support he had received.

He added: “I can’t thank people enough for their support and patience over the years.

“It’s been very pleasing and a real boost to see folk getting behind the project and what I’m trying to bring to Buckie and the surrounding area.

“While it’s taken a while to get to the stage we’re at we have now got all the relevant planning consents required.”