Step into the Light at Spectra

Spectra, the Festival of Light returned to Aberdeen after a two year absence and brought back the fantastical and fun installations for which it is renowned.

An international team of artists have transformed the city centre with a plethora of colour, light and sound mixed in with the mythical, magical and mysterious.

Stealing the show for many are The Creatures Of The Deep installations.

It’s pretty difficult to miss the 10-metre long tentacles which have sprouted from buildings around the city centre.

The Art Gallery and Marischal Square have been invaded while sea anemones burst their way out of the Broad Street pavement.

The works by Designs In Air build on the on the festival's linking theme to the year of Scotland’s Coasts and Waters in a colourful and fun way.

Singularly one of the most popular installations is Rainbow Laser Flares, by Seb Lee-Delisle, where visitors can send projected fireworks shooting up the walls of Marischal College front entrance to explode towards the top of its imposing towers.

Directly opposite in Marischal Square, Plastic Sea, a work by Viannis Kranidiotis is composed of plastic sheeting in a scaffold frame which mimics waves and which, as a kinetic installation, responds with movement when visitors touch a screen that shows where the highest plastic pollution can be found in the oceans.

With interconnecting roads in the city centre closed to traffic, hundreds of visitors to the event were able to travel with ease between the main sites, which have been compacted somewhat by the loss of Union Terrace Gardens to the event due to redevelopment. 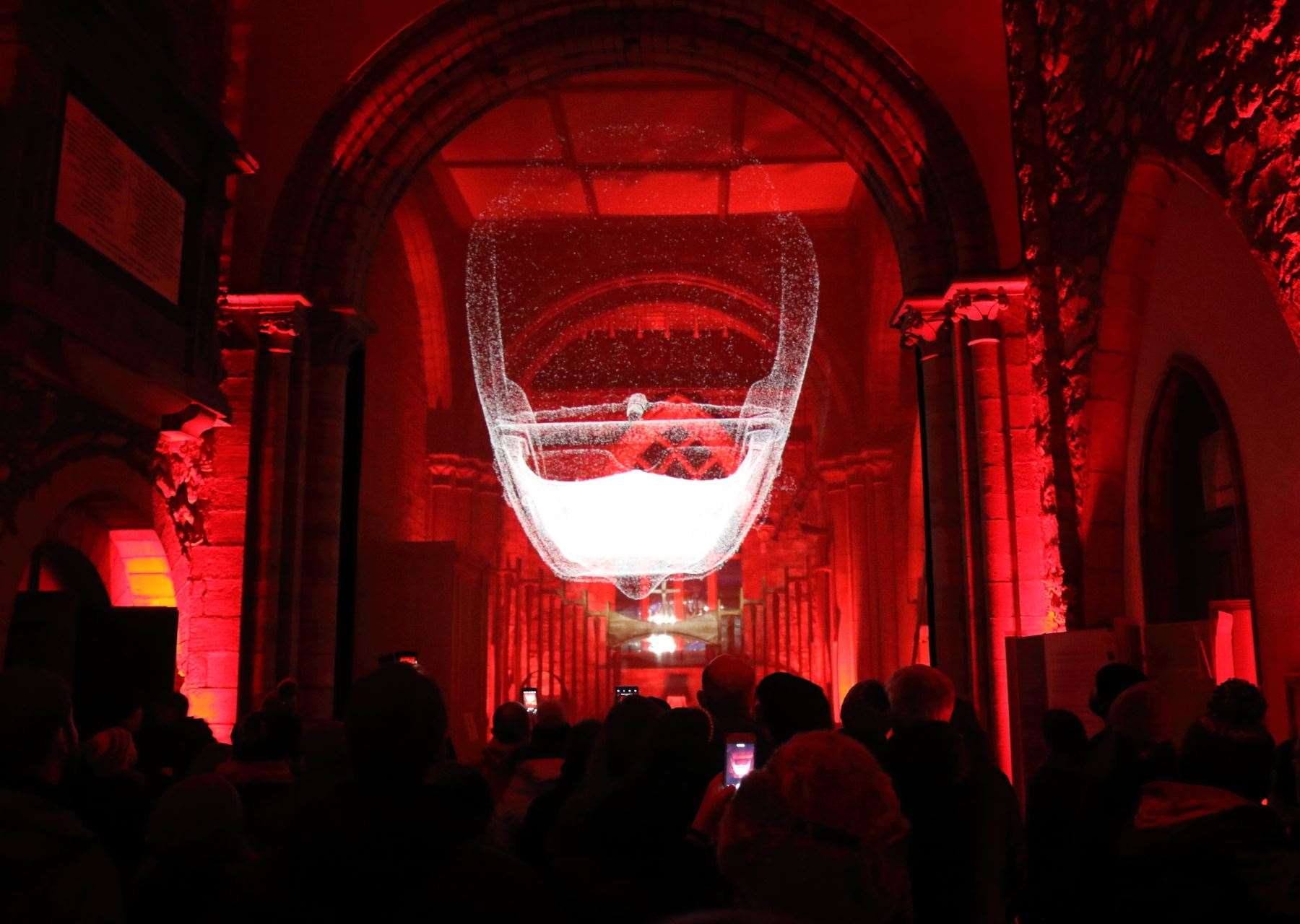 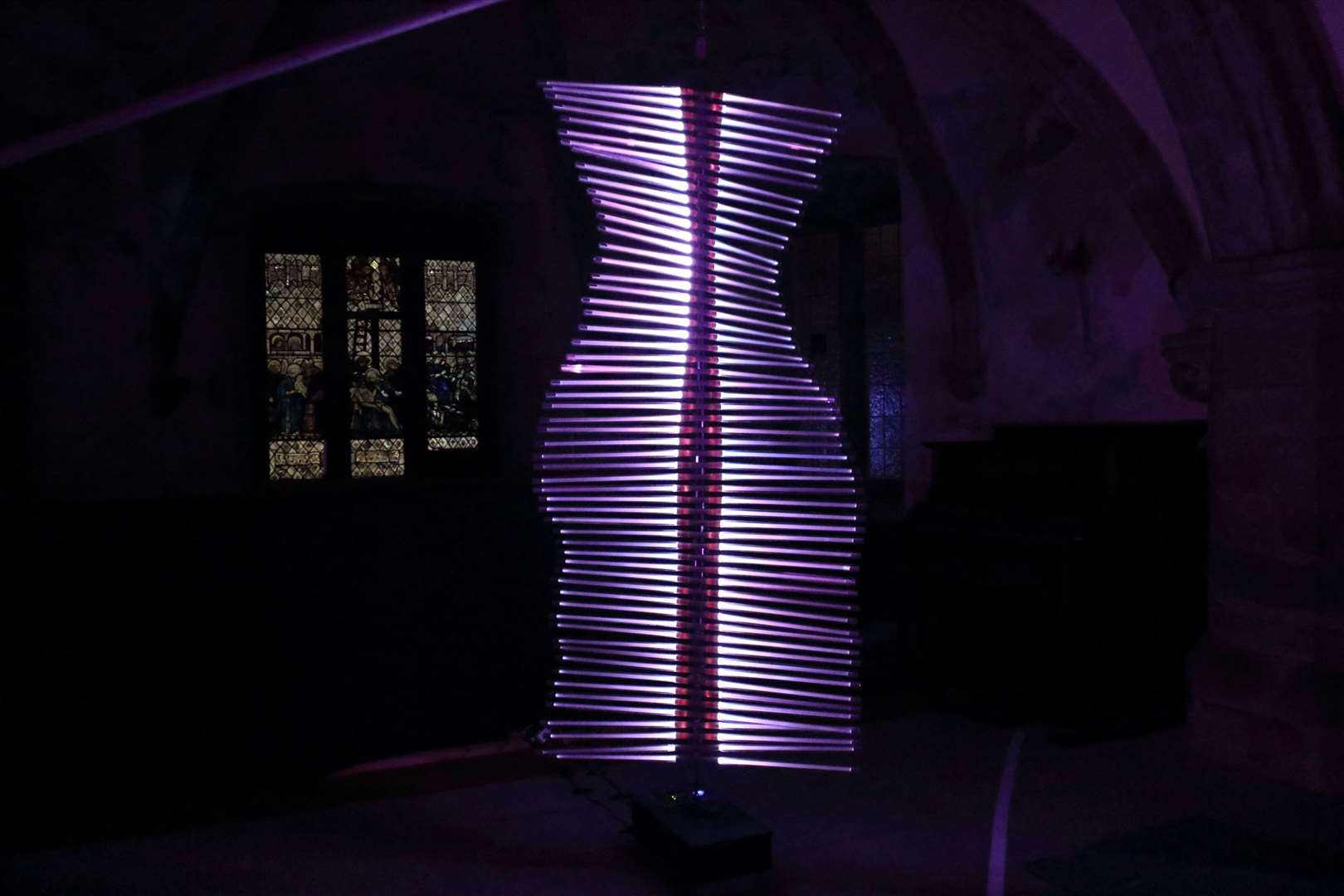 This means that the central focus for Spectra is firmly placed at St Nicholas Kirk and while the long que for entry seemed somewhat intimidating, the flow was steady and allowed a sneak peak into the site as it wound its way from the entrance next to the St Nicholas Centre all the way almost down to Union Street.

Most of the kirkyard space, which has in previous years hosted the now iconic light spiders, is given over to artist Mark Anderson.

His creations build on the haunted and see Fireflies dance among graves, feathers of light vibrate and hum and ghostly voices come from the graves themselves.

Overhead the night-flying hunters roam around around moving from tree to tree in mix of the etherial crossed with air cars from Blade Runner.

Inside the kirk artists Heinrich and Palmer have created visual magic with The Ship Of The Gods, based on a Norse myth.

Created from a constantly changing 3D scan of old sailing ships the visual display stops many in their tracks as giant sailing ships seemed to hang in mid air within the vaulted space.

This is joined by Aerial where ethereal birds drift in an out of vision across a screen in ever increasing closeness.

A hidden gem tucked round the back of the Kirk in St Margaret's Chapel is Cyma (FOos) by Yiannis Kranidotis where a kinetic light structure is driven in motion by real time data from the sun's solar wind which is mesmerising to watch.