TEAMWORK was the name of the game when the emergency services converged on the banks of the River Spey. 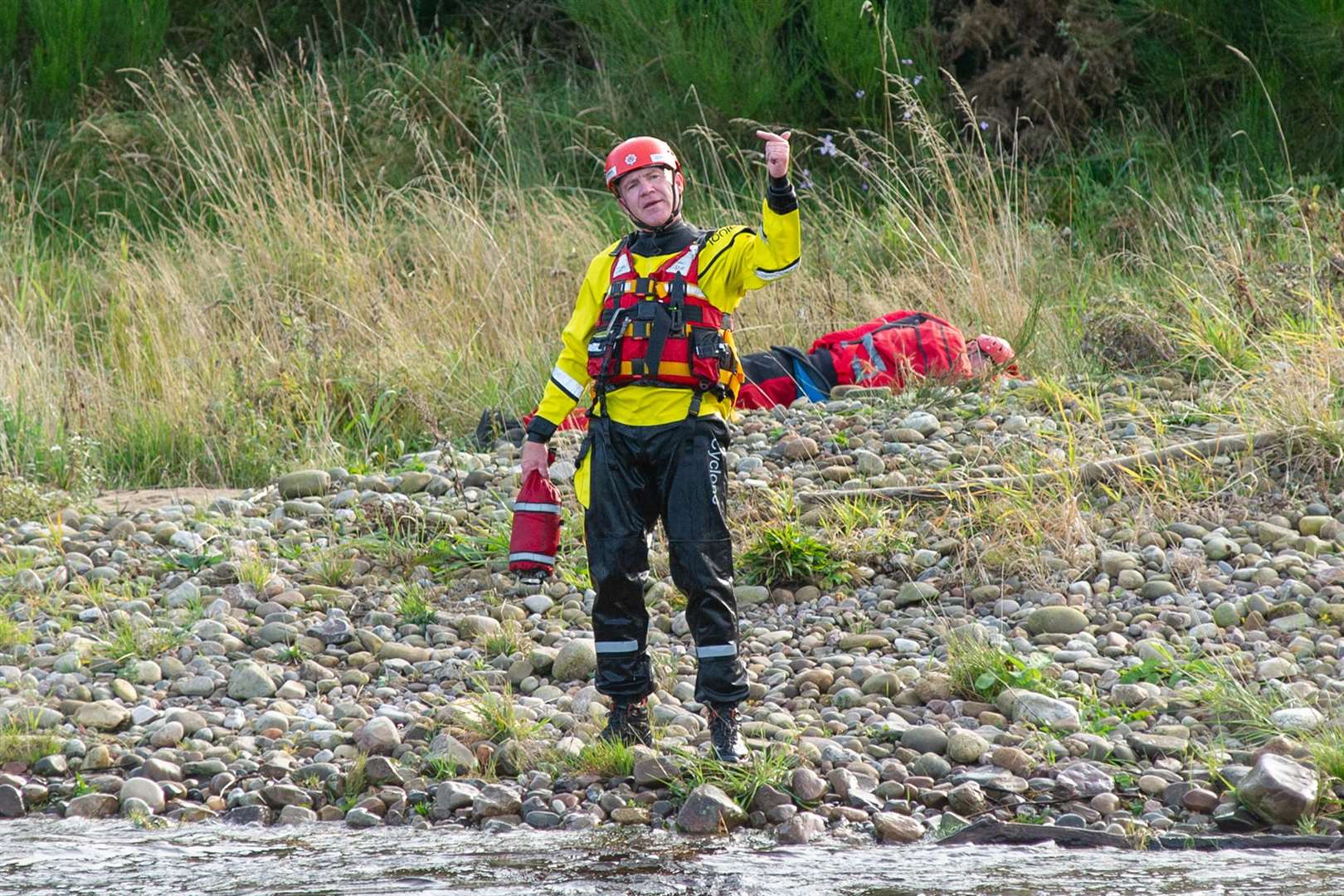 Organised by the retained team at Fochabers fire station, the exercise called on the water rescue team based at Elgin fire station, Coastguard teams from Buckie, Burghead and Portsoy and the Scottish Ambulance Service. It had originally been hoped to involve the Coastguard rescue helicopter based in Inverness but other duties meant it was unfortunately unable to attend.

Fochabers crew manager Dave Crawford said: “This is designed to be a realistic training exercise involving the extraction of casualties.

“It’s a great chance to practise skills and working together on what is the fastest flowing river in Scotland, which poses a lot of challenges.

“We’re also delighted we’ve been able to call on so many resources to participate and see what they can do. As I said, this exercise is designed to be as realistic as possible and it lets us see how all these resources can work together dealing with the many challenges we would face in a scenario like this.

“It was a very useful exercise in partnership working.

“We also worked closely with the local landowners so we caused minimum disruption to them and fishermen on the river.”

Also looking forward to the opportunity to test his teams against the river was the Coastguard’s senior coastal operations officer Colin Wood.

“It’s great to have this opportunity to work together closely with the fire service,” he continued.

“This is the first exercise of this kind we’ve had the chance to participate in based in this area.

“Partnership working is very important in these situations and any opportunity we get to improve this is very welcome.”

The emergency crews scrambled to respond were only told half the situation. Arriving at a less than easy to access spot of the river near Burnside of Dipple farm, the rescuers discovered they would have their work cut out.

The casualty, a kayaker, played by Andy Robertson of Banff Coastguard, lay prone on the opposite bank near his craft. Posing the first challenge for the teams was reaching him as access was not practical to the opposite bank.

Planning communication and planning came into their own as the various life-saving agencies pooled their knowledge and experience to devise a way to reach and, by means of a casualty sled, rescue the casualty. Drawing it all together was Buckie fire station commander watch manager Colin Forbes, who was acting in his capacity as a member of the water rescue team.

Lines were established to the opposite bank thanks to firefighters traversing the river. Once done, the casualty sled was rowed across and spirited the kayaker across the river. However, there was a surprise for the rescuers as, just when they thought their work was done for the day, the casualty revealed the existence of another kayaker lying in distress at another, at that point unknown, part of the river bank.

Needless to say this ‘casualty’ – this time a dummy – was plucked to safety to round offa highly successful and rewarding day.