AN INITIATIVE to drive forward youth football in Keith has attracted more than 40 youngsters in its first year.

Up until the establishment of Keith FC Youth, enthusiasts who reached the U13 age had to travel to Banff, Elgin or Huntly to play.

Now, thanks to a team of voluntary coaches and the support of local businesses, boys and girls can train in their home town in the club's new U13 and U15 squads. 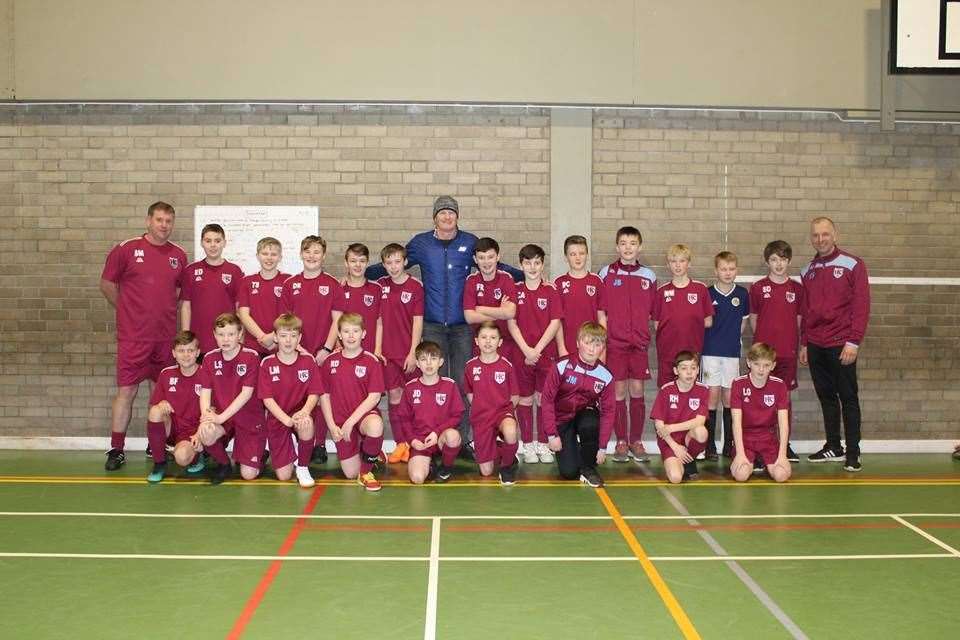 More than 100 spectators turned out to support the first match, demonstrating local appreciation for the new youth set up.

Keith FC youth co-ordinator Laura Simmers said: "A weekly highlight is going to the astroturf on a Thursday night when both teams are training and seeing over 40 youngsters, all in maroon, enjoying playing football with their friends.

"This would not be happening if it wasn't for the dedication of volunteers and to them all Keith FC Youth are sincerely thankful."

Younger players benefit from training via the Keith and District Sports Development (KDSD) team. However, previous attempts at setting up youth football for secondary school aged youngsters have failed.

Laura said: "It was felt that the main reason for this was the lack of playing in a league to ensure regular matches."

So organisers got to work and the U13 squad are now in the Moray Firth Youth League – which includes Elgin City, Forres Mechanics, Lossiemouth, Nairn County, Rothes and Strathspey Rovers.

Meanwhile, the U15s have started their first season in the Scottish Highland Football League U15 Youth League, playing against teams such as Elgin City, Forres Mechanics, Lossiemouth, Nairn County, Rothes and Fort William.

Highlights to date have included the 2018/19 Awards Ceremony, when Keith FC manager Dean Donaldson and Senior Players presented the youngsters with their awards.

Another special moment was when Keith loon and former Scotland captain Colin Hendry made a surprise visit to an U13s training session.

Laura said: "It is important to highlight that this is more than just about playing football. This is giving boys and girls in Keith a positive activity in which they can participate in their home town which benefits both their physical and mental health.

"It's great to see youngsters enjoying spending time with each other without the need for technology. It is hoped that it will help give them a sense of identity and will encourage them to be proud of their home town. Come on the Young Maroons!"

Coaches George Milton, Scott Barron, George Simmers, Mark Taylor, David Stewart, Scott McKenzie and Jane McKenzie were thanked for all they have done, as was volunteer referee Gary Falconer as well as parents and carers.

And the young players count themselves lucky that they are able to use facilities such as Simpson Park, the Keith Astroturf and the Keith & Strathisla Community Minibus.