A SPECIAL treat was in store for a group of Belorussian youngsters when they made their second visit to Buckie in the space of a week. 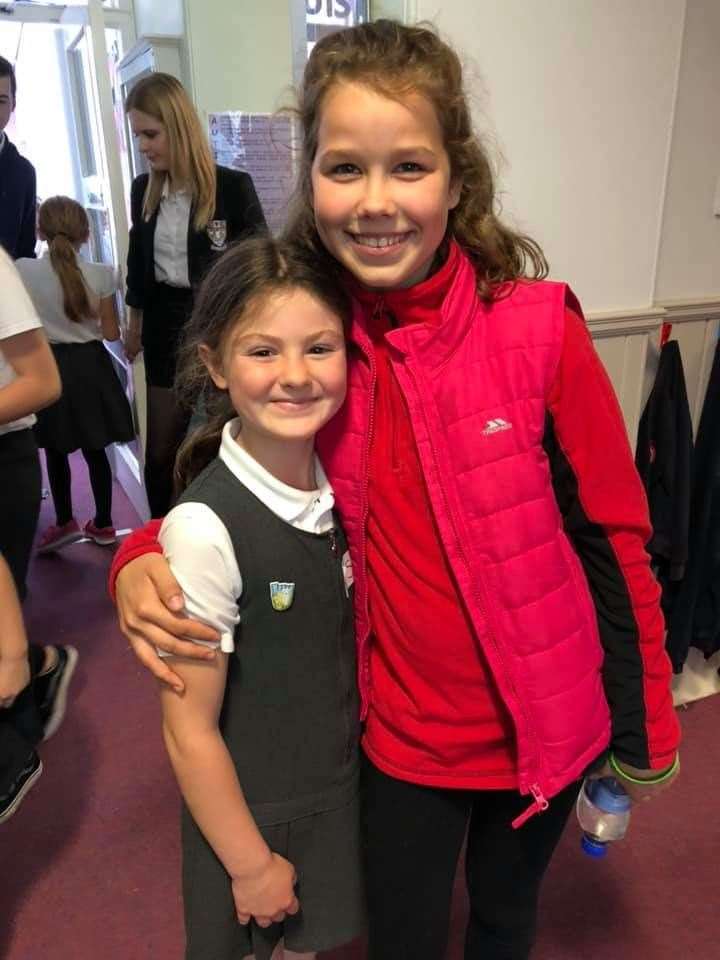 The 18-strong group aged seven to 12 all hail from the fallout zone created by the explosion of No 4 reactor at the Chernobyl nuclear power plant in 1986 and are in Moray for a month-long visit as guests of the Friends of Chernobyl's Children Moray.

Thanks to Buckie businessman Mike Coull, who owns Time restaurant and Little Kitchen outside caterers in the town, the youngsters kicked off last Thursday with a visit to Buckie RNLI lifeboat station, followed by an hour's kickboxing workout at Eastern Tigers Martial Arts Club.

A spot of lunch at Time was followed by a two-hour programme of potted sports specially laid on by Portessie Primary.

Mr Coull has also organised a raffle, generously supported by local businesses and the Rotary Club of Buckie, which will allow for the purchase of numerous items from the chemist's for the children to take back home with them.

A chance conversation was to see Mr Coull turn his efforts towards helping the children who have to live every day with the legacy of radioactive contamination.

He said: "It was through a chat with my brother Stephen that I heard about the kids' story and was introduced to a representative from the charity.

"I said I'd be delighted to do something for them while they're here and organise a day out in Buckie that will help send them home with a lot of happy memories.

"The support from local businesses, the Rotary, Eastern Tigers and Portessie Primary has been phenomenal.

"It's been brilliant to see the kids faces light up, it makes it all worth it.

"When you hear their story it just brings home how much these kids haven't got."

There was a warm welcome for the Belorussian children and their interpreters at the lifeboat station.

Speaking after the visit, Buckie RNLI lifeboat coxswain Alan Robertson commented: "We were delighted to be able to play host to these children during their day in Buckie.

"We were only too pleased to help out when Mike got in touch and we hope they enjoyed their time visiting Buckie."

The visitors had the chance to see round the lifeboat station and were given a guided tour round the Buckie RNLI lifeboat William Blannin by crewman John Hill.

Also delighted to give the kids a warm welcome were Portessie headteacher Alison Vass and John Macinnes from Eastern Tigers, who are based at the Douglas centre in Buckie.

Mrs Vass outlined the packed programme the school had arranged for their Eastern European guests.

She continued: "All our kids had a great time with their new friends from Chernobyl.

"We organised potted sports for the afternoon, but had to improvise and have them inside because of the weather. The kids were all keen to take part and participated all the activities like hockey dribble, football dribble, obstacle race, sack race, dress-up race and helped our kids earn points for their team.

"Most of the time there was no language barrier or need for the interpreter as the children found their own way to communicate."

There was a challenge of a different sort awaiting the youngsters at the martial arts club, as Mr Macinnes explained.

"Mike Coull's daughter Cara trains with Eastern Tigers and he asked me if I'd like to put on a session for the Belorussian kids.

"I taught them a couple of basics kicks and punches – the interpreters came in really handy at this point! – and they also had a shot of the pads.

"The kids absolutely love it, it was a brilliant session. It was quite an emotional visit, especially as I'm a father to two kids myself; most of these children have some form of cancer or other illness, it's just heartbreaking.

"They're really lovely kids and it was a great experience to be able to welcome them for a while."

The visit was organised by the Moray branch of the charity Friends of Chernobyl's Children, whose volunteers host the youngsters during their month-long stay in the region. During their time in Scotland, the youngsters get the chance to eat fresh food and live in an environment free from the contamination of radioactive fallout.

To find out more about their work, visit their Facebook page at Friends of Chernobyl's Children Moray.

For two pages of photos from the kids' visit to Buckie, see Tuesday's Advertiser.