There was double the joy for Logie Durno's William and Carole Ingram when they claimed both the interbreed pair and overall sheep champion at Turriff Show on Monday.

With a number of entries across different breeds and classes, it was the Charollais who proved to be the cream of the crop on the day, with a Charollais gimmer by Dalby Tualagi which they bought for 5800gns at Worcester going on to become overall sheep champion.

The sheep were well prepared for their Turriff Show appearance, having shown earlier in the season at the Royal Highland and Royal Welsh shows.

Commenting on the success, Bruce and Amy Ingram - who were showing the sheep on the family's behalf - said: "It feels really good to take the champion title.

"It's really great to get both the champion pair and the overall champion.

"Now we're getting ready to head to the Black Isle Show on Thursday."

The reserve sheep champion went to W and J Brown's Cheviot from New Deer from the unaccredited any other breed class and was a North Country Cheviot three-crop ewe bred by George Milne, Kinaldy, St Andrews having been bought as a ewe lamb to join their flock at Hilton of Clush.

Champion judge Hamish Dykes had to thoroughly consider each of the breed champions before making his decision.

The Suffolk champion belonged to Inverurie's Finn Christie, while the reserve hailed from Aberchirder and belonged to Craig Paterson.

In Texels it was the ewe winner, owned by WJ Knox of Fyvie, who took the champion title while the reserve went to Robert Cockburn's sheep from Errol.

The Ryeland champion was a gimmer owned by Eilidh Garrett of Drumoak, while reserve went to Raymond Aitken's shearling tup of Inverurie.

Both the Oxford champion and reserve belonged to Kevin Milne of Dunecht.

In the cross breed, Kenneth Moir of Fraserburgh took home the breed champion title with his Down cross, while W and J Brown of New Deer clinched reserve champion with their Suffolk cross.

The Bluefaced Leicester champion was owned by JK Hunter of Huntly, while the reserve went to A and D Cowie of Rothienorman.

This was only the second time that the Blue Texel breed has featured on Turriff Show's listings, and this year's champion went to Deborah Atkinson of Auchleven while reserve went to Skene's Stasa Moyse.

The Bleu De Maine champion was a ewe owned by Jonathon Stables of Durham, while the reserve was Jonathon's shearling. 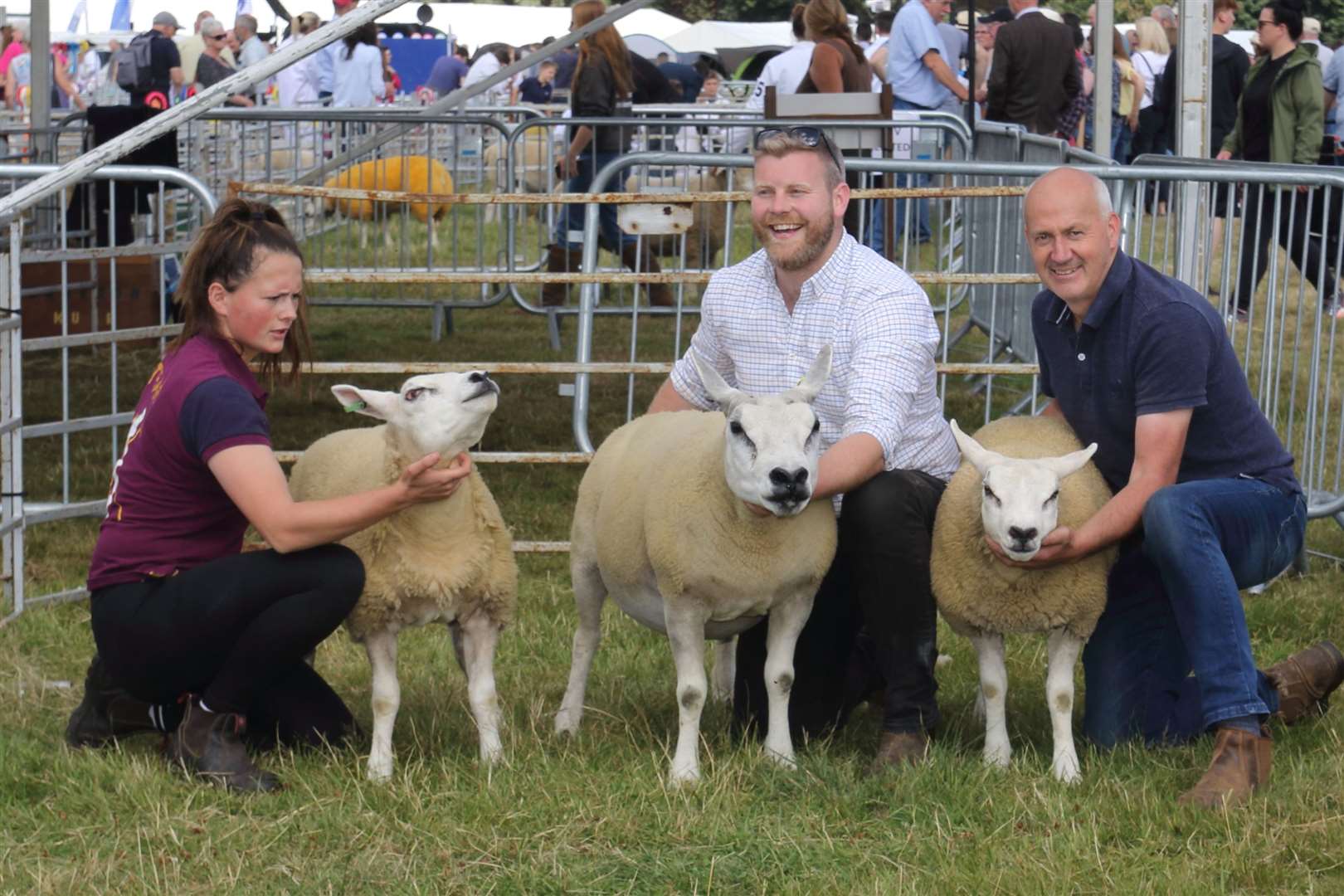