A SMALL distillery in Keith with royal connections has a unique place in the Scotch whisky story.

Strathisla Distillery is the oldest continuously operating malt distillery in the Highlands of Scotland and dates back to 1786.

It is the spiritual home of the Strathisla single malt and Chivas Regal range of blended whiskies, selling millions of bottles all over the world.

The distillery will welcome many visitors during the Spirit of Speyside Whisky Festival and some will opt for the blending experience, a rare chance to learn about the whisky-making process and the chance to produce your own blended whisky. It is the only distillery on Speyside to offer this visitor experience.

Strathisla was built in the grounds of Milton Castle, the home for generations of the Ogilvie family which dates to 1480, and some stones from the castle as it became a ruin were used in its construction.

The family, who were big land owners, had royal connections.

Strathisla was originally known as Milton Distillery and was built by George Taylor and Alexander Milne, two local men. They started with just one 40 gallon pot still and drew water from the Broomhill Spring, which is still used to this day.

It was soon producing 1000 gallons of spirit a week, selling to local merchants, publicans and private households throughout the North-east of Scotland. Today, the distillery produces 2.4 million litres of alcohol a year.

The blending experience offers an intriguing insight into the whisky process, plotting the journey of the raw malted barley as it is turned into a product, adding water and yeast, renowned and much sought after in numerous countries across the world.

Tour guide Mike Collins, part of a dedicated team, took our group through the different aspects of the process, culminating in a tasting of some of the finest single malts and blends in the Chivas Regal cellar, followed by visitors carefully blending their own whisky to take home.

The best known owner of Strathisla was William Longmore, a local banker and grain merchant, who bought the distillery in 1830. 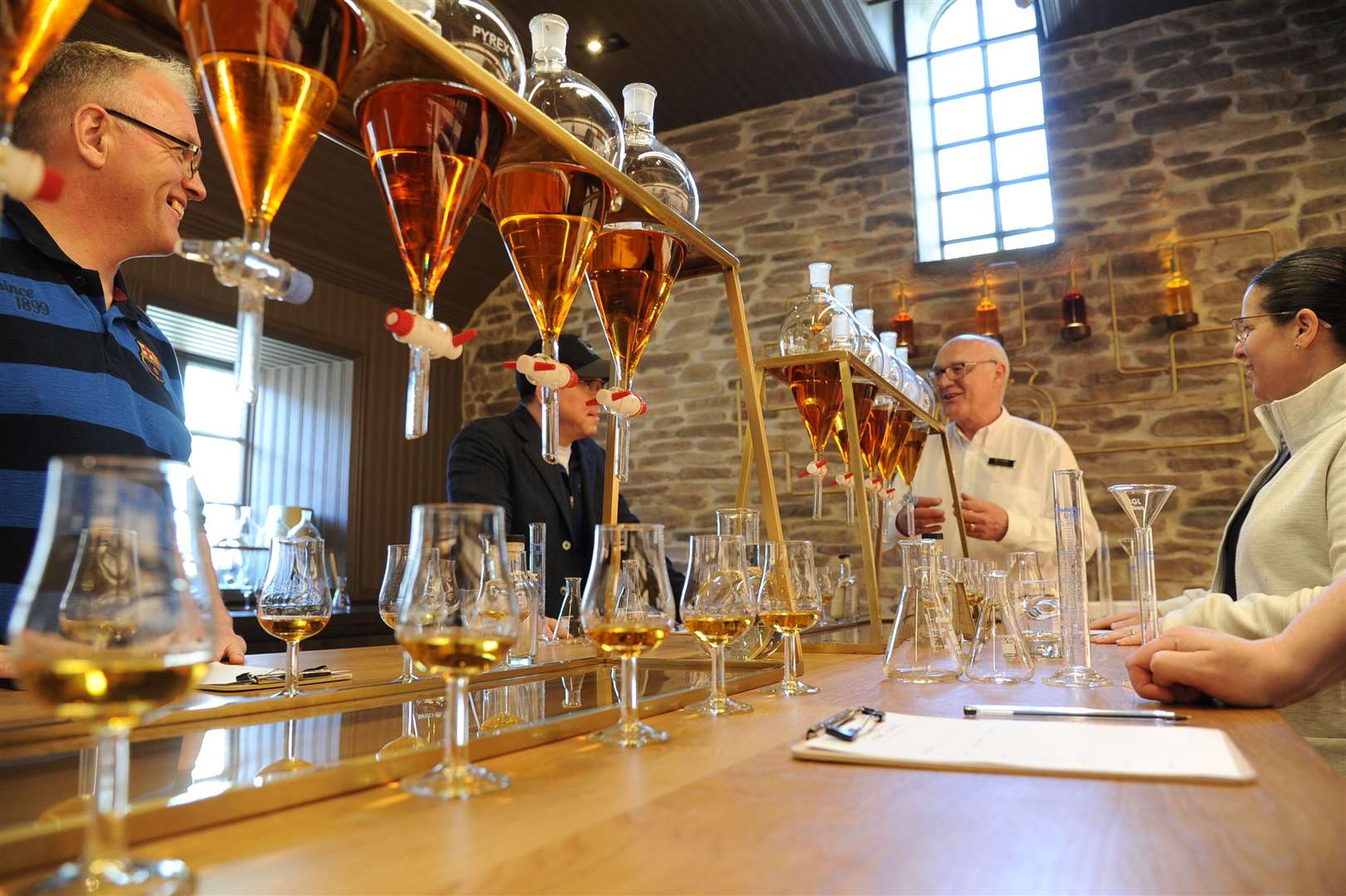 Chivas Brothers bought Strathisla in 1950 at auction for £71,000. The auction was due to a London financier, Jay Pomeroy, who had control of the distillery for a short time but he sold its whisky on the black market during the Second World War and was bankrupted for failing to pay his taxes.

The Chivas connection goes back to the early 1800s. Brothers James and John Chivas had left the family farm near Ellon in Aberdeenshire as teenagers and James became involved in a grocery business in Aberdeen which would be hailed as a kind of Harrods of the North, selling exotic foods and fruits and even blending tea. James served his apprenticeship there and eventually took over the business, later being joined by brother Johns.

Queen Victoria and Prince Albert built Balmoral Castle which began dealing with the store and in 1840 they awarded it a Royal Warrant for its excellent service. The royal link later led to the word Regal being introduced to the Chivas brand.

James became a pioneer of blending whiskies from casks bought from distilleries, including Strathisla, to sell to customers.

He used French wine casks to mature the whisky and this resulted in the first Chivas Regal blend being launched in 1909 in New York. Within days of the launch, requests were being telegraphed back to Aberdeen for more supplies to be sent.

There are now nine blends of Chivas Regal, with eight being added in the last 20 years to join the long-established Chivas Regal 12, which dates back to 1938. The new blends have been fuelled by a global boom in whisky sales.

Jenna Collins, visitor center supervisor at Strathisla Distillery, said: "We are very proud to be the Home of Chivas.We are a small, traditional and intimate distillery and our connection to the world renowned Chivas Regal allows us to continue to not only welcome visitors but offer first class and unique experiences in luxurious surroundings.

"We are the only distillery in Speyside to offer our guests the opportunity to create their own blended scotch and take it home with them.It's great fun being able to get hands on and play around!

"We welcome locals and visitors alike to come in and discover something new or enjoy some exciting cocktails or a rare dram or two."