CONTROVERSIAL proposed legislation to regulate short-term lets in the tourism industry has been withdrawn. 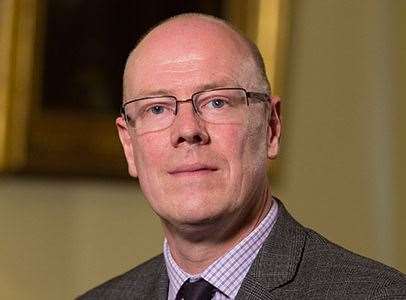 The Scottish Government has announced that it was being taken off the table to “allow for draft guidance to be developed”.

The Scottish Parliament's Local Government Committee had voted to pass new rules aimed at regulating the AirBnB boom in Edinburgh.

These plans include a requirement for landlords, B&B owners and self-caterers to secure planning permission and obtain a licence or face fines of up to £50,000.

The measures had drawn criticism from many in the sector, with a survey by the Association of Scotland’s Self Caterers finding that half of self-catering businesses in Scotland would close if the legislation were introduced.

SNP ministers have stated they still intend to re-introduce the bill in June, should the SNP form a government after May’s Scottish election.

News of the change of tack by the Scottish Government was welcomed by Moray Conservative MP Douglas Ross, who called for a "back to the drawing board" approach.

“This decision to withdraw legislation on short-term lets is another welcome U-turn from this SNP government," he said.

“But this cannot simply be a stay of execution.

“SNP Ministers say they want to re-introduce the bill in June if they are re-elected, so the threat remains.

“Crucially it will require more than fresh draft guidance to allay the fears of many small businesses in Moray. I have said from the outset that this bill is an attempt to address a Central Belt issue that doesn’t apply here.

“Self-caterers and B&B operators are an important part of our local economy in Moray and they have endured a really tough time during the Covid-19 pandemic.

“This bill will introduce extra costs, more bureaucracy and additional barriers for these small businesses.

“The SNP need to go back to the drawing board, and not simply postpone this unwelcome legislation.”

Scottish Conservative Shadow Rural Economy and Tourism Spokesman Jamie Halcro Johnston accused the Scottish Government of simply "kicking this issue down the road until after the election".

He continued: “Our tourism businesses have been devastated by the pandemic and the last thing they needed is to be burdened by more regulations.

“Our small business owners are the lifeblood of Scotland’s economy and need to be supported by SNP ministers rather than vilified. Our tourism industry needs to rebuild, rather than be strangled by red tape.

“Threatening to bring back these regulations in a matter of months fails to give the guarantees tourism businesses across rural Scotland have been crying out for in order to allow them to prosper going forward.

“The tourism sector is of enormous importance to the economy of the Highlands and Islands and I, along with my Scottish Conservative colleagues, will vigorously oppose any attempt by the SNP to resurrect the regulations after the election.”

However, Moray SNP MSP Richard Lochhead said the issues within the remit of the planned law were "not unique to the Central Belt".

“I’m pleased that the Scottish Government has listened to the representations from myself and others on the proposed short term-lets legislation, with ministers confirming that they will withdraw the legislation so it can be considered alongside draft guidance which will hopefully help address concerns.

“The issues these proposals were introduced to address are not unique to the central belt, and as has been said before, residents across the country – including in rural communities like Moray – have highlighted concerns about the impact of short-term lets on local housing supply.

“However, it is important that local authorities are given the flexibility to deal with local circumstances and to tailor any scheme to the needs of their communities.”

Housing Minister Kevin Stewart added: “Our proposals to licence short-term lets were developed in response to concerns raised by residents in communities across Scotland and Members in all parties.

“However, I know concerns have been raised, so have therefore decided to withdraw this legislation so that it can be reconsidered in parallel with draft guidance which will help address those concerns.

"I want the licensing scheme to be as efficient and effective as possible in ensuring the safety of guests and residents, and to provide local authorities with the powers to balance community concerns with wider economic and tourism interests."