It's Mission: Very Possible for council team at Findochty

A HELICOPTER, steel beams being dangled in the air and a squad of specialists – not your usual, everyday happening in Findochty. 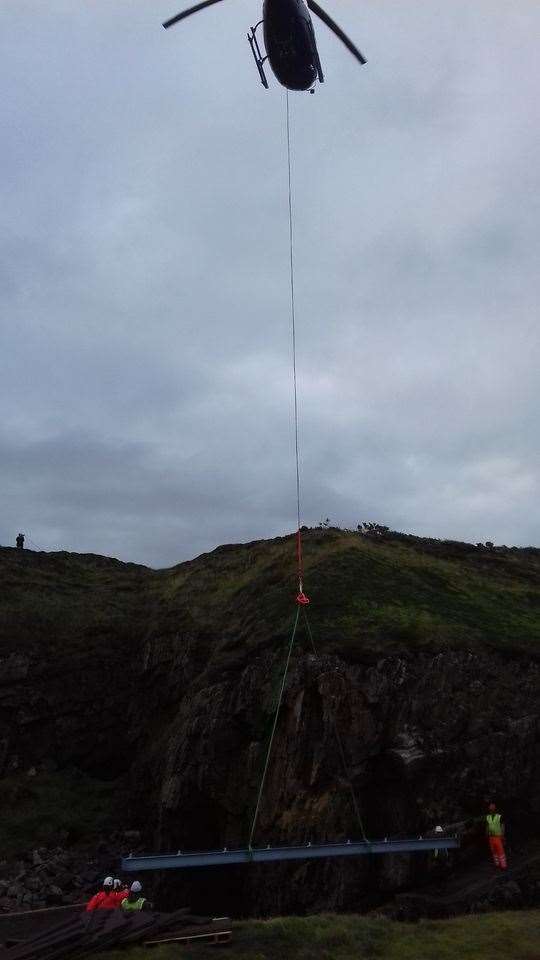 The casual observer could have been forgiven for thinking that the village was being used as a location shoot for a movie such as James Bond or Mission: Impossible.

However, it turns out the truth was a tad more mundane though nevertheless of great benefit.

The team spied by those in the area of Findochty caravan park were actually witnessing work to replace a bridge which forms part of the coastal route leading round to Strathlene.

As part of the process, the contractors needed to lifting new beams into place for the replacement galvanized steel footbridge.

Adding an extra challenge for the specialists working at the site was the fact it was very tricky to access, requiring the services of a helicopter to fly in the necessary beams.

Access to the site is tricky, so a helicopter was used.

It proved to be quite a spectacle with passers-by stopping to watch and take some photos.

The old bridge was first of all dismantled before the new beams were lifted into place.

Once this stage was successfully completed the bridge decking was installed.