RUNNING up Bennachie for charity is, for most people, an exhausting way to back a good cause, but one dedicated Buckie firefighter has added a whole new dimension to it. 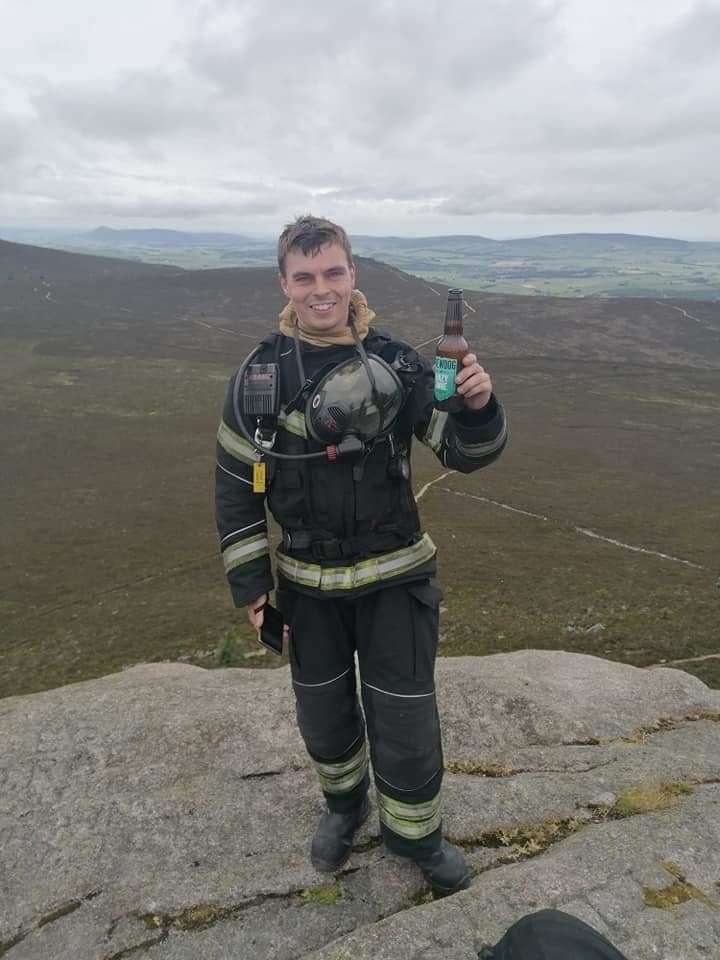 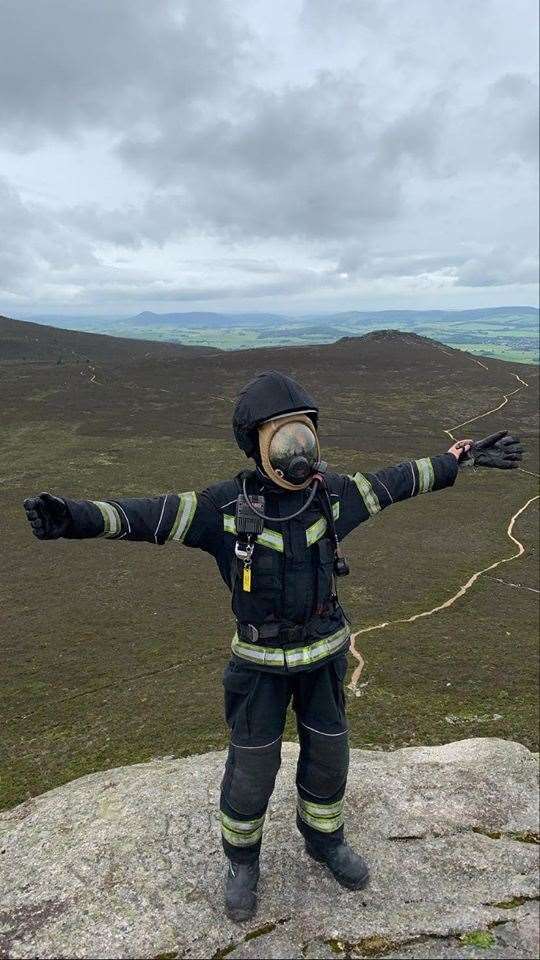 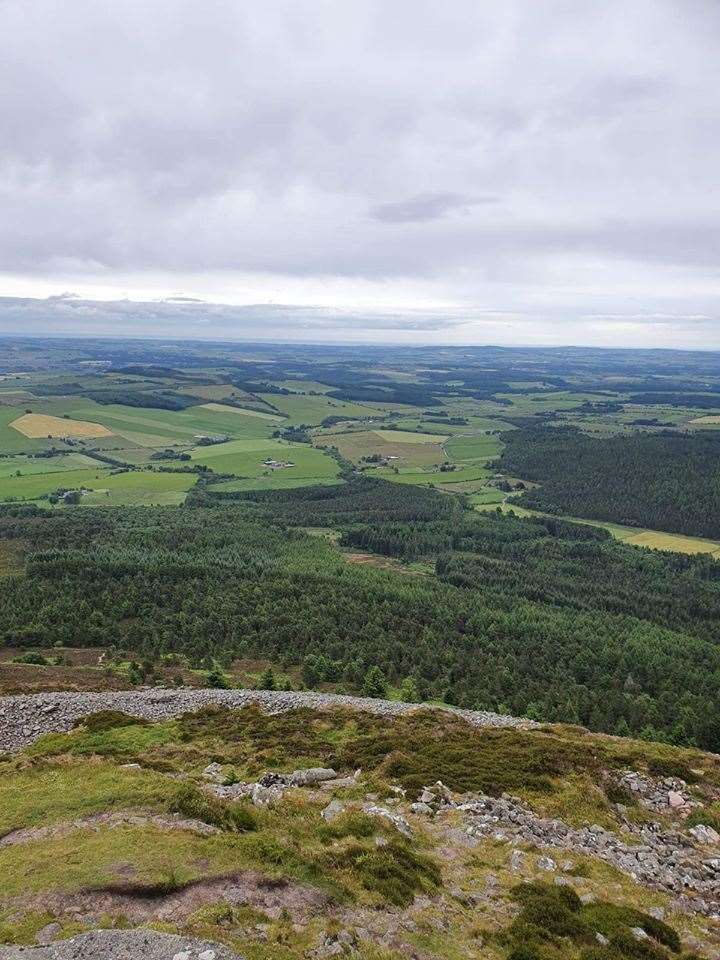 Keanu Grant (27), who is a full-time fire instructor based in Aberdeen and also a member of Buckie fire station's retained team, decided to scale all of the mountain's 1700ft height while wearing full firefighters kit and, to add to the challenge, breathing apparatus.

This remarkable feat in aid of the Mental Health Foundation took him just one hour and 10 minutes to complete, where a nice, cold beer was waiting at the top as a reward for his exertions. Wife Kimberley and other family accompanied him on his trek to the top, albeit more conventionally dressed.

Keanu said: "I lost a family member earlier this year and and I wanted to do something to help other people in the same situation.

"When I was driving home one evening I got the idea of going up Bennachie in full firefighter kit and breathing apparatus – I wanted to do something a bit different and a wee bit stupid."

What followed was to be a bit of a journey of experience.

"The first 20 minutes of the run were OK, actually," Keanu continued.

"Later on, though, it started getting a lot steeper and rocky, too, it was a lot more like a climb than a run.

"It was pretty hard work and it got pretty hot, especially with the breathing apparatus mask on, and I had three water breaks on the way up. Mind you, the beer at the top was the best break of the lot!

"The tank ran out of oxygen with about 10m to go but when you consider these tanks are only supposed to last about 45 minutes I did pretty well getting just over an hour out of it."

So far, Keanu has smashed his own fund-raising target of £1000, having been pledged £1600 at the time of writing, but he has vowed not to stop his efforts now.

"I've got a skydive lined up as my next fund-raiser.

"Unfortunately, Covid-19 has put a temporary stop to that but as soon as things are back up and running and I get the opportunity I'll get something arranged.

"It'll be a tandem skydive and hopefully I'll be able to do it before the end of this year.

"Running up Bennachie was the first time I've done a fund-raiser myself – I've been out with the Buckie firefighters collecting at Christmas time – and the skydive will be another first.

"I'm really grateful to everyone who's supported me. I've already smashed my original target so it would be nice to get to £2000."

To support Keanu's fund-raising efforts with a donation, visit https://www.justgiving.com/fundraising/keanu-grant

The Mental Health Foundation in Scotland focus on social justice and inequality in mental health, raising awareness of mental health with the public and working in partnership with community organisations, policy makers and researchers. To find out more about their work, visit https://www.mentalhealth.org.uk/scotland