YOU'RE never too old for a dream come true and this was most certainly the case for one local centenarian. 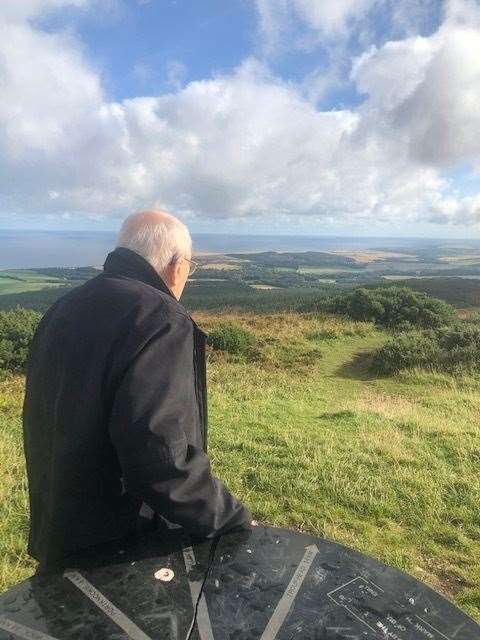 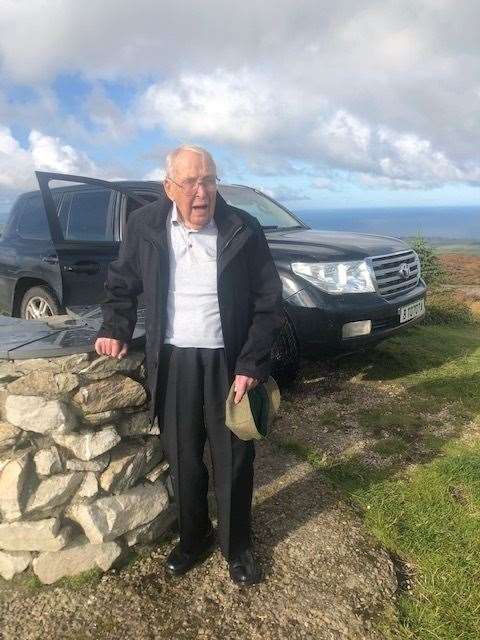 Former Royal Marine Ben Birch – who will celebrate his 101st birthday next month – had long enjoyed gazing at the Bin Hill while sitting outside at the Lythe care home, near Lintmill, where he lives and wishing he could someday get to its summit.

Determined to make his dream come true, Lythe owner Ian Currie teamed up with Seafield Estate property manager Susan Shand to enable Ben to make the trip to the top in a 4x4 vehicle.

"I've spent many hours outside looking at the Bin and the spectacular scenery round here.

"Every opportunity I get I'm out for a seat and if it's too cold to go out I love looking at it through the window. It's marvellous and I consider myself very lucky to wake up every morning to all of these views.

"In fact, when I first came to see the Lythe with my son, I got out of the car and looked around and thought to myself'This is the place'.

"Ian had to get permission to take me up the Bin in his car so I'm very grateful to him and Seafield Estate."

A special day was to await the sprightly centenarian, who has been a Lythe resident since January.

He continued: "When we went up it was the most beautiful day of the winter so far with glorious sunshine.

"It was like feeling on top of the world standing up there and could gaze over the land and the sea. There was so much to take in. I even looked over towards the Lythe to see if I could see it.

"You feel as if all that you see belongs to you.

"We were up there a good 30 minutes but I could've spent all day up there, it was such a wonderful feeling."

Ben, who originally hails from Camden Town in London, has certainly packed a lot into his 100 years to date. As a young man he began his working life at Zenith Carburettors a firm which, incredibly given the changes over the decades, is still there today.

He can still recall with crystal clarity looking on in awewhen he spent two weeks with Ford.

At 17 he joined the Royal Navy and was to see a fair bit of the USA after his badly damaged ship was sent from the Mediterranean to be repaired at Mare Island. He eventually returned home on another ship, the HMS Resolution, which had also been in America for repairs, finally ending up at Portsmouth where he became an instructor with the Royal Marines.

Much to the amazement of care staff at the Lythe, Ben was still doing press up when he arrived at the home but did lament that recently his legs had "gone a bit".

Ian Currie said he was delighted to have been able to make Ben's dream come true.

"Ben had been talking about it for a while so I contacted Seafield Estate to see if we could get permission to take him up the Bin.

"I've done this before with residents and the Estate were delighted to help again. The thing then was to wait for a day when both the weather was fine and Ben felt OK to go up.

"He was over the moon with the trip, it meant a lot to him and I'm delighted I could help."

Susan Shand added: "We were delighted to be able to help Ben by granting vehicular access to the top of the Bin Hill.

"We can only take credit for this part and not the glorious weather which gave Ben such a lovely view from the top!

Having conquered the Bin Hill Ben has declared he is by no means finished yet, expressing a determination to explore some of the coastal areas nearby.