THE true story of a war hero cat has been brought to life by a north-east author. 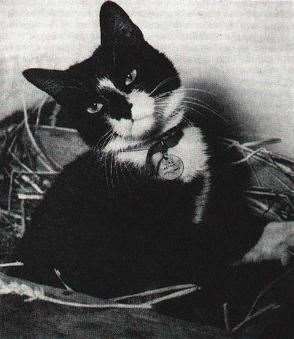 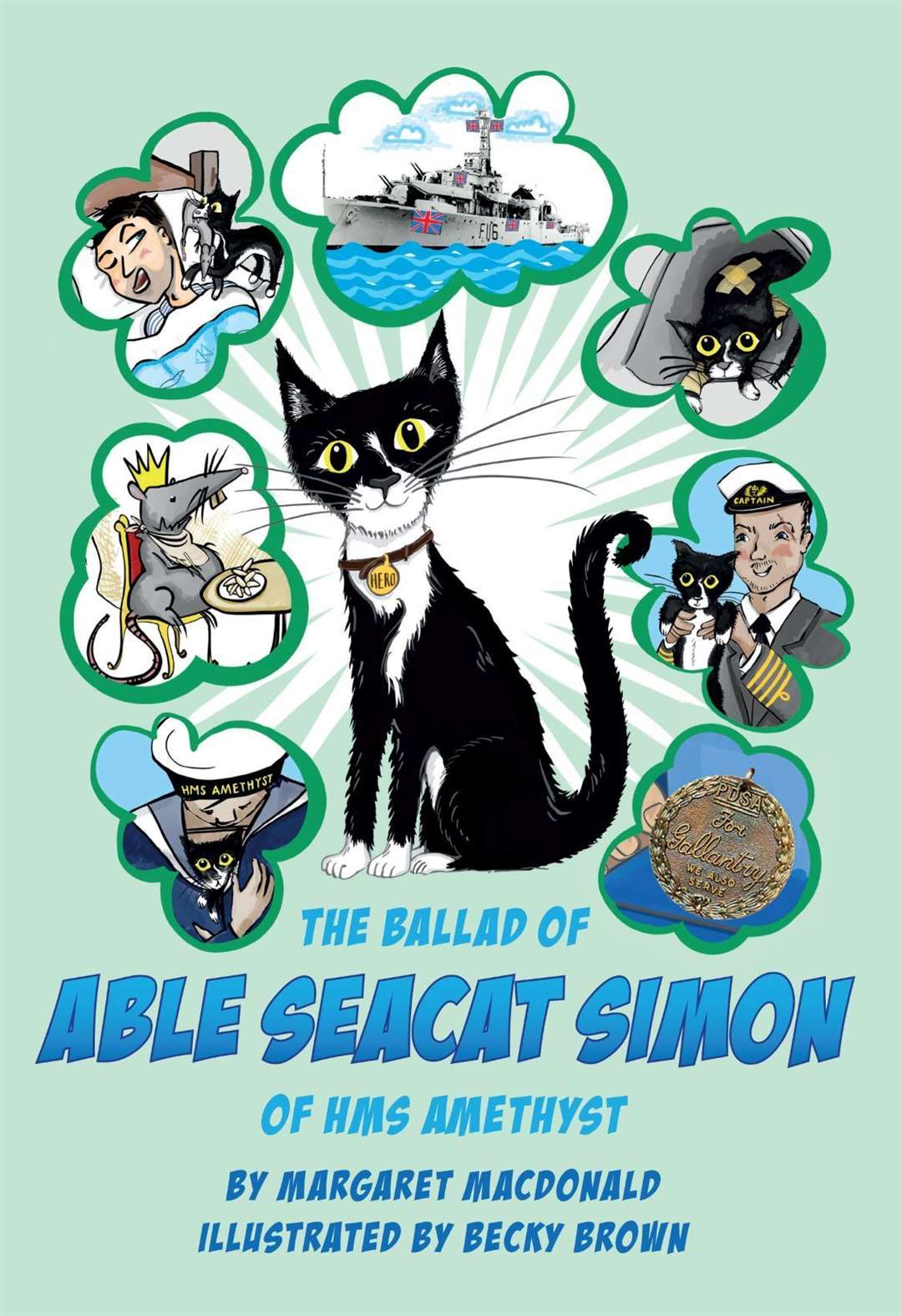 Margaret Macdonald, who lives in Insch and has Buckie connections, has brought the inspirational story of the most decorated war hero cat in Britain to life through rhyme in her illustrated children's book The Ballad of Able Seacat Simon of the HMS Amethyst.

From ekeing out a miserable life at the Hong Kong Docks in 1948 Simon was to become one of the crew – not to mention chief ratcatcher – of the Royal Navy frigate, going with them into battle against the Communist Chinese in 1949.

Badly wounded in the incident, he pulled through and was later awarded the Naval General Service Medal, the Blue Cross Medal and, to this present day, the only cat to be awarded the Dickin Medal, which is the highest British honour for animal displays of bravery in battle.

However, it was something much closer to home was was to put Mrs Macdonald on the trail of Simon's story.

She said: "It was actually through my mother-in-law Mary that I heard about Simon.

"She had this replica of Simon in her living room sitting on a chair. It was very realistic replica, in fact most people thought it was a real cat curled up and sleeping there.

"About five years ago I got interested in his story but it was about a year ago I actually started doing the research, it's been something of a pandemic project, really.

"The book was ready for publication last November after a lot of revisions to the ballad.

"It's my first children;s book and I've enjoyed doing it. I feel it's not only telling a story which needs to be told but it also opens the doors to so many other educational areas, such as history and geography.

"I do owe a lot to my husband Graham, my family and the great many other people who helped and supported me during the project."

Mrs Macdonald kept the project local, with her illustrator, Becky Brown, also being based in Insch.

Mrs Macdonald added that some 60 per cent of the profits from her independently-published book would be going to the People’s Dispensary for Sick Animals (PDSA) – whose founder, Maria Dickin, was behind the Dickin Medal – and a children's charity. The PDSA, said the author, had a special place in her heart; she grew up in a house with lots of cats, one dog and not a lot of money so when her pets were unwell, she took them to the local PDSA where they were treated without payment.

Simon's story is indeed one which grasps both the attention and imagination. A stray, underfed and unwell Simon was found wandering Hong Kong docks by 17-year-old Ordinary Seaman George Hickinbottom, one of the ship's crew. He promptly smuggled the cat on board where he was to prove a firm favourite, not least with the Amethyst's captain, Lieutenant Commander Ian Griffiths and then his successor, Lieutenant Commander Bernard Skinner.

Regarded as something of a lucky mascot he earned his keep as a ratcatcher on board.

However, the quiet life of a patrol vessel was to come to an end in 1949 when the Amethyst was ordered to head up the Yangtze River to relieve the duty ship there, HMS Consort. They were also tasked with evacuating the British embassy at Nanjing, then the Chinese capital.

En route they came under fire from People's Liberation Army artillery and they ran aground. They were to remain in this precariously exposed position for three months before a typhoon raised the water level in the river sufficiently for the Amethyst to float off the sandbank and continue her perilous journey back downstream to eventual safety.

There was a heavy price, though. The first salvo from the PLA guns mortally wounded Lt Cmdr Skinner and also badly wounded Simon. He was found on deck and rushed to sick bay where the medical staff – those who had survived the Chinese onslaught – tended to his burns and removed four pieces of shrapnel from his body. The prognosis was not good, however, with cat not expected to see another dawn.

However, Simon pulled through and was soon back disposing of rats

HMS Amethyst finally arrived back in Plymouth after undergoing repairs in Hong Kong in November 1949 and, hero or not, Simon had to spend six months in quarantine before being allowed to enter the UK.

There was, tragically, to be no happily ever after for him. Three weeks into quarantine Simon contracted an infection which, due to the long-term effects of his grievous injuries, he was too weak to fight off.

Copies ofThe Ballad of Able Seacat Simon of the HMS Amethyst can be bought directly from Mrs Macdonald – which will maxmise the amount of money she can give to charity – at www.margaretmacdonaldauthor.com, on Amazon, at Waterstone's, Pozzi's in Buckie and the Orb Bookshop in Huntly. The PDSA is also hoping to stock copies of the book once lockdown restrictions allow them to open again.